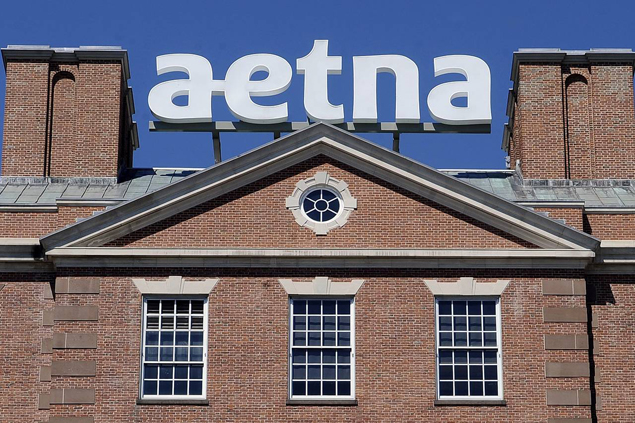 In the game of merger musical chairs the five biggest health insurers have been playing lately, Aetna Inc. and Humana Inc. hustled to grab the first seats.

The two insurers disclosed their $34.1 billion tie-up after 2 a.m. EDT Friday, as the holiday weekend was beginning and after reports that rivals Anthem Inc. and Cigna Corp. had rekindled talks.

If Anthem and Cigna also strike a deal, three big companies, each with annual revenue of more than $100 billion, would sit atop the industry, with the third being UnitedHealth Group Inc., currently the biggest by revenue and market capitalization.

The frenzied talks, sparked earlier this year by an overture to Humana, reflect managed-care companies’ desire to diversify and cut costs in the wake of the federal Affordable Care Act and other changes in the health-care industry.

In an interview Friday morning, Aetna Chief Executive Mark Bertolini said Aetna and Humana hoped that being first among the biggest insurers to tie the knot might give them an edge in a review by antitrust regulators. They are the third- and fourth-largest U.S. health insurers, respectively, by revenue; combined, they would have about a million more members in Medicare Advantage, the private-insurance version of the federal program for seniors and the disabled, than their next-closest competitor, UnitedHealth.

“Being first in creates caution for others coming in next,” said Mr. Bertolini.

Antitrust regulators have signaled they plan to look at any combinations among the biggest health insurers closely. The Wall Street Journal reported last month that its own analysis found that an Aetna-Humana merger would increase by about 180 the number of U.S. counties where at least 75% of Medicare Advantage customers are in the hands of a single insurer.

In eight states, an Aetna-Humana tie-up would remove a competitor from the exchanges where individuals can buy coverage under the Affordable Care Act, though insurers may not offer plans in every region of a state.

If the deal were blocked on antitrust grounds, Aetna would owe Humana a $1 billion fee, according to people familiar with the matter. At 2.7% of the deal’s enterprise value, which includes assumed debt, it is relatively small as such fees go, though its inclusion suggests the companies foresee some risk that antitrust regulators might seek more concessions than Aetna is willing to give.

Goldman Sachs Group Inc. health-insurance analysts, looking at potential market-concentration issues, estimated that around 13% of the combined Aetna-Humana’s Medicare Advantage enrollment could be at risk of divestiture on antitrust grounds.

Mr. Bertolini and Humana Chief Executive Bruce Broussard both said they are confident the transaction will be approved, citing complementary, rather than overlapping strengths—Aetna’s in commercial coverage, primarily sold to employers, and Humana’s in Medicare.

Mr. Bertolini said the company “took a conservative view” of what it thought it might need to divest for antitrust reasons in merging with Humana, and included those projections in its deal price. He also says there is a “healthy distance” between that and the deal’s break-up fees. Mr. Bertolini also said that with no other mega-size health insurance deals currently on the table, Aetna believes antitrust regulators will view its deal on its own. But the Aetna-Humana combination and other insurance mergers “could be bundled together at some point,” he said.

Both CEOs said their combination would result in lower costs for consumers.

Multiplayer dynamics also lurked behind Aetna and Humana’s deal talks. Cigna’s dual discussions with Anthem and Humana raised questions on the Humana side about Cigna’s commitment to a purchase: Did it really want Humana, or did it want negotiating capital with Anthem? Humana worried Cigna was using it in an effort to play hard-to-get with Anthem, said one person familiar with the Louisville, Ky., insurer’s thinking.

Cigna, which has resumed talks with Anthem, expressed interest in Humana as late as Thursday evening, the person said.

Humana urged Cigna to make a cash-heavy offer, which Cigna resisted, people familiar with the matter said. Humana worried that Cigna shareholders—whose approval would be needed for any takeover bid funded heavily by new stock—might not approve a Humana buyout knowing the Anthem offer was there for the taking.

A cash bid wouldn’t require Cigna shareholders’ approval, so its board could move ahead despite the Anthem offer on the table.

Aetna’s offer for Humana involves a big issuance of new stock, meaning Aetna’s own shareholders must approve it. But that structure was more acceptable to Humana, one person said, because even though the Journal has reported that UnitedHealth has approached Hartford-based Aetna about a takeover, no public offer is on the table for shareholders to consider.

Aetna and Humana had been near an agreement Tuesday, said people familiar with their talks, but negotiations around the breakup fee, payable in case the announced deal fell apart, raised tensions, some of the people said.

The two sides eventually agreed on a breakup fee of 3.75% of the deal’s enterprise value, currently about $1.4 billion, payable to either company if the agreement were scuttled by a higher bid for the other, people familiar with the matter said.

Such breakup fees are commonly promised to would-be buyers like Aetna to compensate for the sting of a rival bidder stealing their prize. But it is unusual to see such a fee apply to both sides, which suggests Humana was protecting itself in case UnitedHealth made a play for Aetna.

The structure of the Aetna-Humana deal leaves time for UnitedHealth to interlope, because the deal requires Securities and Exchange Commission review and shareholder approval, efforts that can take months.