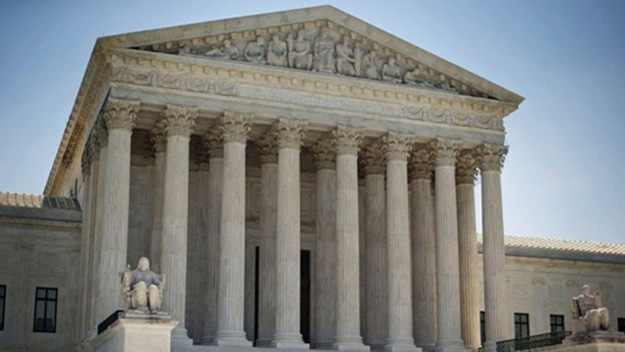 We’ll leave it to the politicians, the lawyers and the talking heads to debate whether the Supreme Court got it right on King v Burwell. Our job is to keep in mind that ObamaCare – the Affordable Care Act – is supposed to be all about people’s health and well-being.

Now that the decision is in, there’s still a lot that must be done – and fast. But at least we won’t have to worry about providing subsidies to citizens on the federal health care exchange. Thursday’s Court decision put the brakes on an economic tsunami that could have sunk our entire health care system.

Like it or not, here’s the bottom line: The ObamaCare subsidies have been providing affordable health care for 6 million Americans, and if the Supreme Court had ruled differently, those 6 million might have found themselves suddenly uninsured.

I’ve been very loud in my objections to some parts of the Affordable Care Act, especially about how we pay for it. I’ve said countless times that the math used to provide affordable care just doesn’t add up.

But as a doctor and a health care executive, I will never argue that we shouldn’t try to improve the cost and quality of health care. And the fact is, overturning the subsidies people have been getting through the federal exchanges would have created much larger problems, on so many levels, than the ones we already had. Just consider the impact it would have had on the states, the insurance companies, our hospitals, doctors and medical staff, businesses and you, the consumer.

Among the states that did not create their own health care exchanges:

But that would have left Alabama, Florida, Indiana, Kansas, Texas, Mississippi, Georgia, Louisiana, Oklahoma, North Carolina, South Carolina, South Dakota, Nebraska and Wyoming, all of whose Republican leaders were unlikely to budge. The citizens of those states who had been receiving federal assistance to pay for their health insurance would suddenly have been getting nothing.

And then there were the insurance companies, who already were making moves to consolidate. Eliminating the federal subsidies would have left them with only one way to stay in the game: Raise premiums for consumers and reduce payments to doctors.

Then there were the hospitals, which were actually considering paying the premiums or subsidies to mitigate their risk of taking on more uninsured patients. It was the lesser of two evils, because the uninsured can walk into any ER and cost the hospitals – and the public – a small fortune.

Doctors were very concerned, too – and not only about reduced payments. We would have faced a shortage of emergency room doctors and staff, because we’d be seeing more uninsured patients, including many who wouldn’t have gotten so sick if they could have afforded to get care earlier.

The decision also would have hit employers, who were banking on cutting back on coverage and enabling their employees to seek insurance through the federal exchanges.

And, finally, there was the most important player of all: You. The consumer. If the Supreme Court had decided the other way, and you weren’t employed by a business that pays your insurance and you couldn’t afford to buy it on your own, then tough luck, pal. Just don’t get sick.

We can look in the rearview mirror and say the subsidies were wrong and the Affordable Care Act was wrong and a Supreme Court ruling for the other side would have provided an opportunity to dismantle ObamaCare. But the ObamaCare train left the station some time ago, and this was not the time to yank out the seats and throw the passengers off the train. Even if you hoped the train would derail, you couldn’t leave casualties on the side of the tracks.

There are 6 million people in America who have obtained health care insurance with the assistance of federal subsidies, and we just could not afford to let them go uninsured. We couldn’t afford to cut out subsidies immediately and let everyone fall through the cracks while we went back to the drawing board.

That’s because if you lived in a state that no longer took the federal subsidy, and you had to go to the ER, and you couldn’t afford to pay the bill, then the hospital would have wound up paying it. Or if you were diagnosed with an illness that required immediate attention – say, a lump on your back – and you delayed getting care because you didn’t have coverage, it could have ended up being far more serious – and even more costly – when you got to the ER.

We had to maintain the subsidies. Not only was it the compassionate thing to do, but it was also the cheapest. Thursday’s Supreme Court decision made things much better for all of us.

Dr. Sreedhar Potarazu is an acclaimed ophthalmologist and entrepreneur who has been recognized as an international visionary in the business of medicine and health information technology. He is the founder of VitalSpring Technologies Inc., a privately held enterprise software company focused on providing employers with applications to empower them to become more sophisticated purchasers of health care. Dr. Potarazu is the founder and chairman of WellZone, a social platform for driving consumer engagement in health.